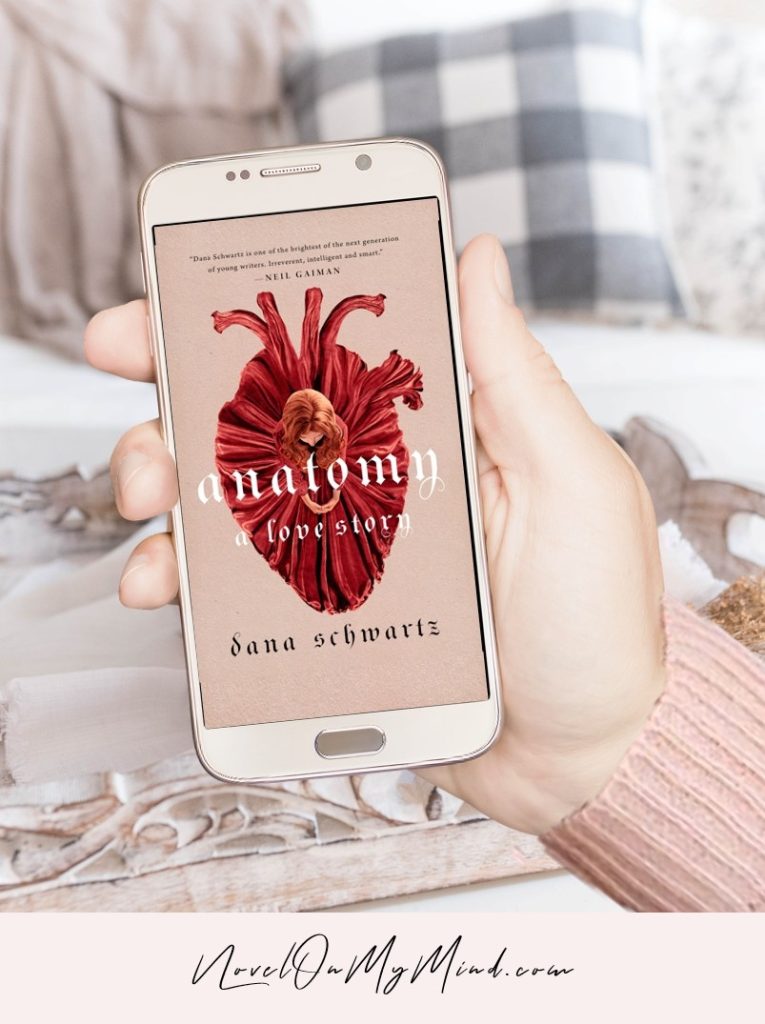 Love is nothing but the prolonged agony of waiting for it to end. The fear of losing the ones we love makes us do selfish and foolish and cruel things. The only freedom is freedom from love, and once your love is gone, it can be perfect, crystallized in your memory forever.

This story is set in 1817, Edinburgh, where secrets are literally buried.

Hazel Sinnett is an upper class young lady who’d much rather be a surgeon than marry a future Viscount. She knows that as a woman she’ll never be allowed to enroll anatomy lectures, so she sneaks her way into her idol surgeon, Dr. Beecham’s, classes.

But she soon gets discovered and is forced to make a deal with Dr. Beecham. If Hazel manages to pass the medical examination on her own, the university will allow her to enroll.

Without the official lessons, though, studying just from the books will never be enough. She needs actual corpses to dissect and study from.

Jack Currer is a resurrection man used to digging up corpses for a living. He agrees to help Hazel, but his profession is getting more and more dangerous, when strange men start to appear around graveyards and Jack’s friends start to disappear off the streets.

Anatomy: A Love Story by Dana Schwartz – My Review

I used to think that I knew everything, that I could do anything. And then you see it firsthand, and you realize how thin the line is between everything being all right and everything being ruined forever and you just become suddenly aware that you know nothing.

This fall, I decided to read as many books as I possibly can that give away any kind of autumnal vibes. I guess I’m on a sort of a quest, trying to find my perfect fall book.

Anatomy: A Love Story by Dana Schwartz got onto my TBR for obvious reasons. (Have you seen that cover and read that description?) And though not perfect in any way, this book got closer to my ideal match more than any other book I’ve read recently. Or ever.

Because it was just one of those things you click or don’t click with, you know? And I clicked with it.

Anatomy: A Love Story has lots of elements I like, that are perfect for fall. Edinburgh setting, gory details, dark academia, grave robbers, Victorian operating theaters, alchemy… It kind of gave me loose Frankenstein vibes, with occasional Sweeney Todd elements as well.

Plus, I’m pretty sure the story starts in September, and I’m also pretty sure it stretches through the winter and all the way to spring, but the weather kind of stays ‘fall-appropriate’.

How diverting! Look, quick, come see: a woman who fancies reading about blood and gore! Pay your tuppence, go inside, she’ll even pretend she’s going to be a surgeon someday! Don’t worry if she stains her skirts with bile—one of her servants will clean it off for her.

We follow Hazel Sinnett, who wants nothing more in life than to become a physician, and more specifically – a surgeon. Now, any sort of professional occupation would be seen as inappropriate for a lady of her class back then. But surgeons especially had a bad reputation, as they used to be little more than butchers.

Hazel was a compelling character, easy to root for. She’s always been fascinated by the human body, having read all the books in the family library on the subject. But she has no firsthand experience, and her dream is to get her hands dirty, so to speak.

Then she gets an opportunity of a lifetime, and she might just get a chance to officially study the field she loves with all of her heart. But only if she passes the examination on her own. Vivid, ambitious, determined and reckless as she is, Hazel does the only thing she can – she finds herself a resurrection man to supply her with a fresh stream of dead bodies.

Enter Jack Currer. Jack digs up dead bodies for a living and sells them to local medical schools and various other practitioners with the utmost of discretion. Hazel should be just one of his clients, but her unusually strong will and approach to challenges clearly sets her apart.

“Problem is, everyone knows when a hanging is, everyone’s fighting over the body. But a body is a body whether it was hanged or not, and doctors don’t care so much about the law as you might think.”

For a novel that deals with matters of life and death, the first half of Anatomy: A Love Story was very slow, really just setting everything. It lacked the excitement, and I was annoyed with too many conveniences. (For example, Hazel’s father is away on a prolonged naval mission, and then her mother and brother leave as well, leaving the manor completely at Hazel’s disposal).

Still, the details were wonderfully gruesome and the story felt haunted, deadly, intelligent and unputdownable. The plot was purposeful, having several threads intertwining to create a full disturbing, yet surprisingly stimulating picture.

Combined with Hazel’s contagious obsession with everything dead and gory, we also get a slowburn gothic style mystery, as someone is kidnapping the poor and practicing on them against their will, with various aftermaths. Plus, there’s a mysterious fever sweeping the city.

Add to that forbidden kisses at the graveyard, and I was more than willing to forgive this book all the instances that were a bit lacking.

“Hazel Sinnett, you are the most miraculous creature I have ever come across, and I am going to be thinking about how beautiful you are until the day I die.”

I loved the unlikely pair of friends turned lovers. A young lady of privileged background and a grave robber who has to scrape for every meal. The two never should have crossed paths had there not been most unusual circumstances at play. They would never find each other. Kind of gave me Rose and Jack vibes.

This story doesn’t revolve around romance, there are several other plot points we spend way more time with. However, the love story between Hazel and Jack was by far my favorite part and it balanced so well the otherwise dark, gory tale.

I saw several reviewers describing the romance of this story as minor, but that wasn’t my experience. True, there were only a few short glimpsed at their meetings (especially the romantic ones). But what was there was pretty powerful to me.

In fact, I thought Anatomy: A Love Story was a perfect example of how fewer words can make a bigger impact. Hazel and Jack only exchange a few kisses and a couple of deep declarations on page, yet I felt their story so much more than most typical romances.

Interestingly, the book was written from both Hazel’s and Jack’s POV, but not all of their chapters were separate. Which was annoying at first. But also in some weird way it deepened the connection between them. Like true soulmates, sharing absolutely everything, even their thoughts intertwining.

It was as if the other’s lips were the only place they’d ever belonged, and fate itself had brought them to this very moment, terrified and aching in a half-dug grave, just so the two of them could come together.

I often thought throughout the book that the narration could have been spookier. Greedier. And I still stand by it.

But towards the end, it still managed to give me such chills – no book lately made me feel this tense. Anatomy got me on the edge of my seat, biting my nails, desperate to see what happens next but scared to turn the page.

But then, I see that the ending is dividing the reviewers. Personally, I loved it so much, but a lot of people hated it, so keep that in mind when deciding whether you want to give this book a chance.

I can see why many people have issues with the fantasy bit. I can also be a bit like that – either give me a full on fantasy, or keep things realistic until the end.

But it didn’t bother me in this case. Probably because there were enough breadcrumbs throughout the book to get a fair grasp on where the story was headed. So I could adjust my expectations early into the book.

“There is no truth, Miss Sinnett. Even the most basic so-called truths of our anatomy can be manipulated to suit new purposes. The only truth is power, and the only power is knowing how to survive.”

So, that’s all I have to say about Anatomy: A Love Story. Dana Schwartz did a great job, and the more I’m thinking about this story, the more I appreciate it. Granted, the book wasn’t perfect. But it was one hundred percent my kind of story, you know?

I added Anatomy: A Love Story to my best fall book recommendations, and it will most definitely get into my 2022 favorites as well. Now I just have to wait – somehow – for that sequel to be released. 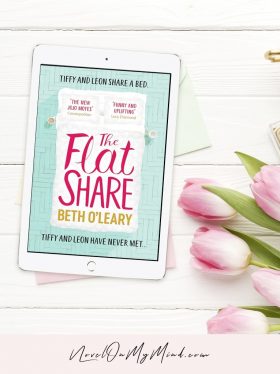 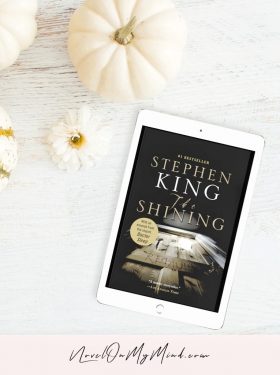 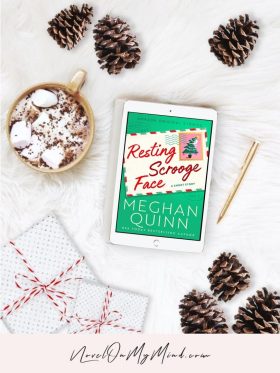