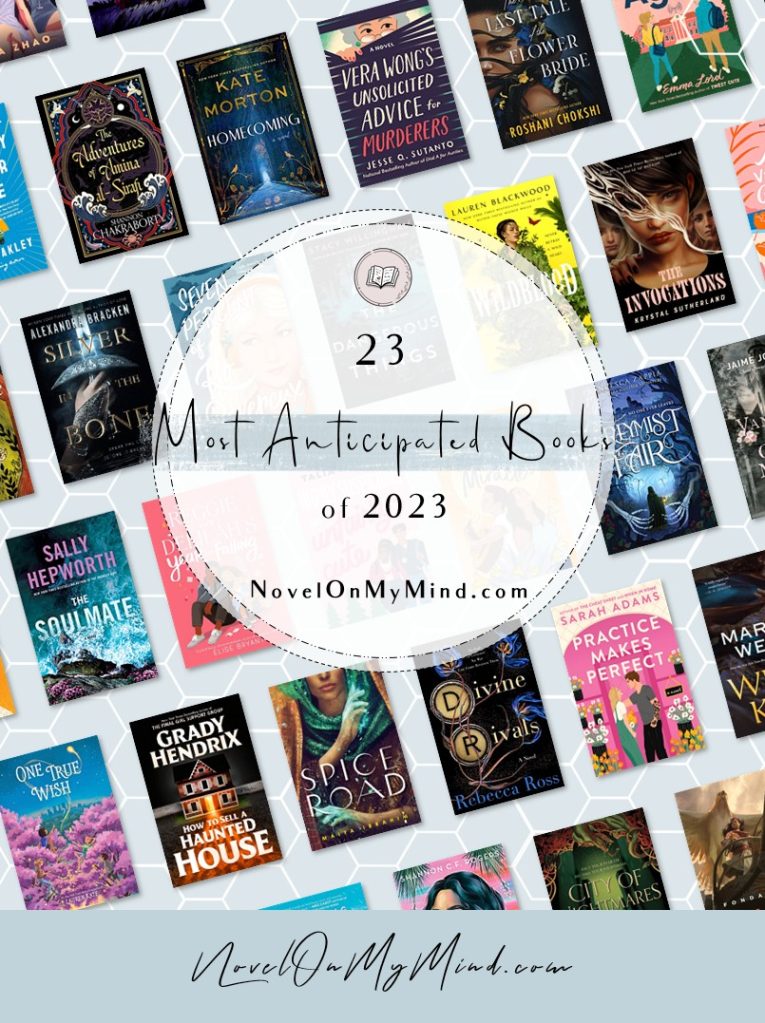 Right up until a couple of weeks ago I was thinking how it is way too early for the 2023 book releases hype. But I decided to take just a quick glance anyway, and my oh my – there are so many of them already!

So many exciting premises, gorgeous covers, and so many authors I already know and love coming up with new titles!

They got me excited for sure for everything new coming our way in 2023. For some – I don’t know how I’m going to wait that long!

Today, I just have to share with you the 10 new 2023 book releases I’m most excited about at the moment. But the list is far from final, and I’ll be regularly updating it every time I find another intriguing new title.

(But I’ve decided to talk only about standalones or the firsts in new series in this post, because I’m guessing sequels wouldn’t be interesting to people who haven’t already started the series. I will, however, include a quick list at the bottom of this post of all the sequels coming out in 2023 that I’m personally looking forward to the most.)

2021 Book Releases I’m Most Excited About

1. The Adventures of Amina Al-Sirafi (Amina al-Sirafi #1) by S.A. Chakraborty 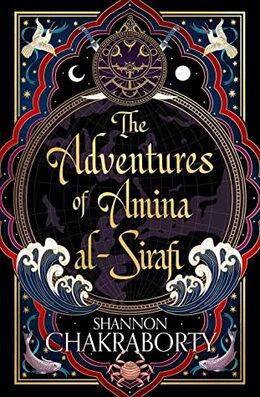 This one is an obvious choice for me, since I loved The City of Brass so much. Chakraborty now starts a new fantasy series, and if her characters get to be as good as the ones from The Daevabad Trilogy, I’m sure it’ll become a new favorite.

In this new series, we follow Amina al-Sirafi, an ex-pirate looking forward to a peaceful rest of her life. But she gets a chance of a lifetime to go on one last adventure, to try and retrieve her former crewman’s kidnapped daughter and of course – get well paid for it. It soon becomes clear there’s more to the job than Amina was told. 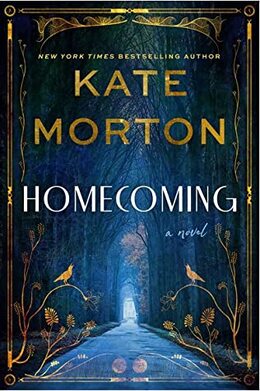 While The Forgotten Garden has been on my TBR for ages, I’m ashamed to say I never actually read anything by Kate Morton. So I was thinking maybe her new novel would have a better chance to get to the top of my reading list, especially since it sounds like it’s going to be a good one.

Homecoming is a historical mystery saga set in Australia. It follows Jess, a journalist in London, as she is summoned back to Sidney, to her grandmother’s house, where sixty years before a horrifying murder had happened. Jess’ family seems to be very much connected to this cold case. And being a journalist, investigative work is what Jess does best. 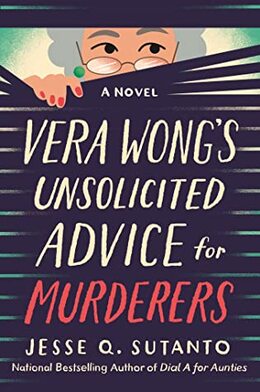 Though I don’t necessarily think this is going to turn out to be the best book from this list, it kind of is the book I personally am most excited about. I got into cozy mysteries lately, and this one sounds like it’s going to be the coziest one ever.

We follow Vera Wong, who lives above her tea shop and is in that delicate age when people tend to have a lot of time on their hands. One morning, Vera discovers a body in her building. And a good citizen she is, she can’t resist trying to… help the police a bit.

4. The Last Tale of the Flower Bride by Roshani Chokshi 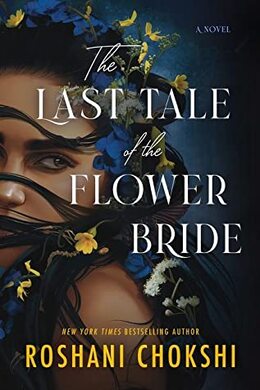 From the author of The Gilded Wolves and The Star-Touched Queen, in 2023 we are getting a gothic horror mystery that sounds just amazing to me. I hope it will be as deliciously twisted and weird as it is in my head.

I am not going to even attempt to describe what this book is about because to be honest I have no idea what to make out of that blurb. But do check it out on Goodreads – this is one of those books where even a vague idea can make you super excited about it!

5. The Invocations by Krystal Sutherland 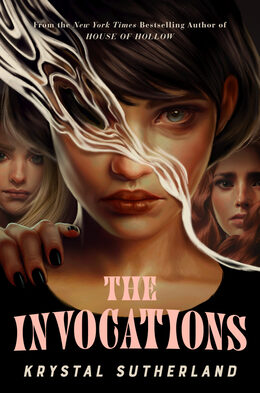 I loved House of Hollow last year, and in 2023 I hope to continue with this author. Her new 2023 release sounds incredibly dark and magical and exciting, and I hope it will bring all the vibes the House of Hollow had.

The Invocations is a witchy thriller in which two girls with terrible unsolvable problems turn to a third girl, the daughter of a witch, who can help them get what they want but only in exchange for a part of their soul. But the witch’s former clients are suddenly being murdered one by one.

6. How to Sell a Haunted House by Grady Hendrix 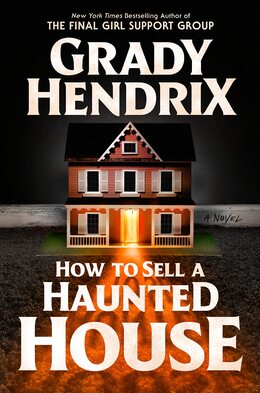 Another well-known author and a story that will probably be everywhere as soon as it is published in January. Sounds more like a great fall read to me, but what do I know. I’ll probably devour it whenever I get my hands on it.

After the death of their parents, two estranged siblings go back to their childhood home hoping to sell it as quickly as possible. But things there are… weird, and everything clearly suggests their parents were terrified of something in the house.

7. The Soulmate by Sally Hepworth 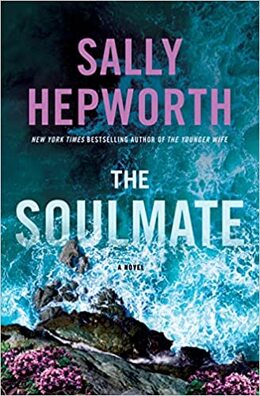 I had to add a good old fashioned thriller mystery as well, and I know for sure I’ll add more of them, but for now here’s one that currently sounds best to me. Sally Hepworth is another new to me author; if I like this one, there are a couple of titles she previously published I’d like to check out.

The Soulmate follows a married couple living in a cliffside cottage near a popular suicide place. The husband, Gabe, has already saved several lives, becoming a local hero. But one night, a woman manages to jump. Except – Gabe’s wife is sure she saw him looking almost as if he pushed her.

8. Silver in the Bone by Alexandra Bracken 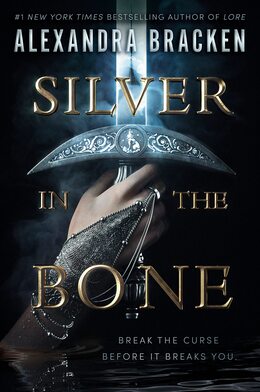 While Bracken’s Lore got much more mixed reviews than I expected when it got out, I’m confident this new fantasy, the first book in a brand new series, will be much more to the reader’s taste. I hope I’ll like it more as well, and plan to check it out as soon as possible.

Silver in the Bone is apparently an Arthurian legend-inspired story about a girl chasing a magical ring that might free her brother from a terrible curse. But to have even the slightest chance of getting the ring, she will need to team up with her rival and dive into dark magic that is way more dangerous than it is helpful. 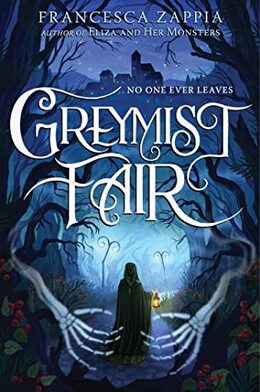 Another well-known name and another book I just can’t wait to get my hands on. If a young adult fantasy, Brothers Grimm’s retelling with a murder mystery at its core sounds good to you, make sure to check out this one.

The story is set in Greymist Fair, a village surrounded by a magical forest. One day, Heike, the village’s tailor, discovers a body on one of the forest’s roads. But her quest for the murderer starts a series of strange things happening around Greymist Fair. 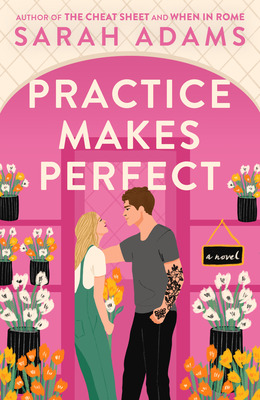 And in the end – a romance to make everything sweeter. I still didn’t get to The Cheat Sheet, which was all over TikTok in 2022. But now the author is coming out with something new. And I may as well check out that one first, especially since it sounds adorable.

In Practice Makes Perfect, we have a flower shop girl, a tattooed bad boy, a friends-to-lovers romance, and that’s pretty much all I need to know. I am hoping for a fun, sweet, romantic and emotional story about two people falling in love. A perfect way to relax and clean my palate.

Sequels That Are Coming Out In 2023

And in the end, just in case you started some of the same series as I have and haven’t been aware there’s a sequel coming so soon, here’s a list of the sequels I’m most excited about in 2023: 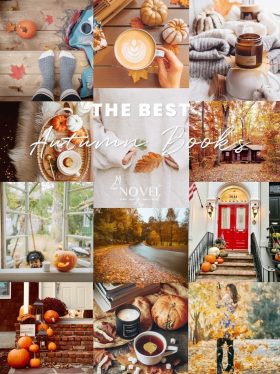