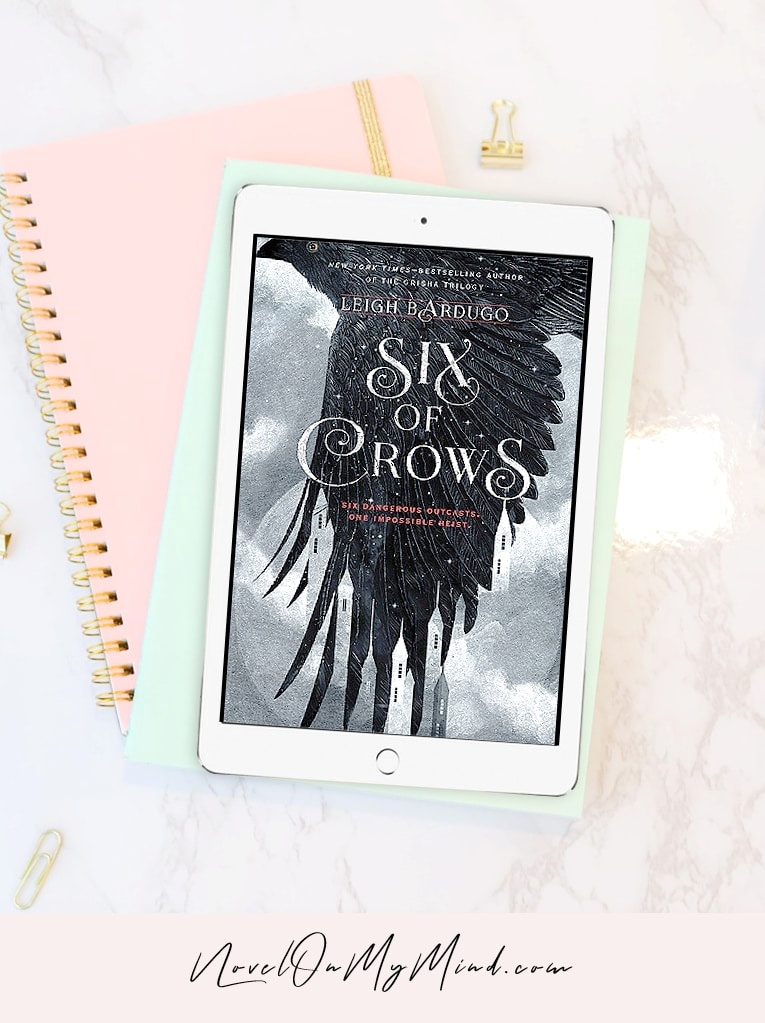 When deciding which books I am going to read next, I always make my monthly TBRs of 8 – 12 books. I almost never read all of them. Sometimes, when my mood switches, I even completely ignore that list and just go for whatever I feel like at the moment.

And then, I have this much larger list of about 200 books I want to read sometime, whenever a chance present itself.

Six of Crows by Leigh Bardugo has been very close to the top of my life TBR for I don’t even know how long. For me, it was one of those books you see everywhere and hear so much about, you develop a certain level of familiarity with them even though you never actually read them.

And ever since I first heard about it, it just felt to me like one of those feel good books that have a potential to completely match my taste. I’m talking about ‘might end up in my top 10 favorite books of all times’ kind of predictions.

I mean, what’s there not to like? I love fantasy. Heist is amongst my favorite tropes. And that cover just spoke to me. And I’ve been told the characters in this book were as mysterious, complex, cocky, skillful, genius, eccentric, manipulative and brilliant as one can only hope for.

Plus all the hype, all the 5 star ratings and raving reviews – it just had to be good, right? Right.

I think the main reason I didn’t pick it up for so long is… You know when you have really high expectations of some book, and then you get scared you’d end up disappointed? I guess I’ve been anxious about picking it up, because I’ve been looking forward to it for so long. Been wanting to like it for so long.

In my mind, this makes sense.

But ultimately I came to the point where – I just wanna read this book! For better or worse, I want to finally hear this story, because I feel like the anticipation is only building and if I don’t read it now, I probably never will.

So this is it. We are doing this. This weekend I’ll be reading Six of Crows, many people’s favorite, for the very first time. And even if I end up not liking it, at least I’ll know where I’m at, so… It’s not a big deal.

But… you know. Fingers crossed.

“You’ll get what’s coming to you someday, Brekker.”

“I will,” said Kaz, “if there’s any justice in the world. And we all know how likely that is.”

Like the tagline on the cover says – “Six dangerous outcasts. One impossible heist.”

Kaz Brekker, Katterdam’s criminal prodigy, is used to always being on top of things. That is the only way to survive in the dangerous country of Kerch, where everything can be bought for the right price.

But this time, the task in front of him might prove itself deadlier than anything Kaz has faced before. An impossible heist. A substance that could start and end wars. A paycheck many thieves are willing to kill for.

Six of Crows by Leigh Bardugo – My Review

If the seventeen year old me had met Kaz Brekker, she would obsess over him! He would have been my finest imaginary crush that would last until… Now, pretty much. And then some.

He was so smug, so brilliant, handsome and just – irresistible!

I mean – sure, he killed a few people and he’s not exactly the nicest person ever. So, you know… If you are a kind of person who cares about those things, maybe you won’t like him as much as I did :-).

Kaz was a perfect antihero – vulnerable and untouchable at the same time. The banter. His pretentious, insulting, snarky, outraging comebacks – everything that made him so “slappable”, in Nina’s words, also made him completely irresistible.

He was handsome, charming, well spoken. Polite, when he wanted to be. And with just a teeny tiny thread of humanity to keep him distinct from your regular villain.

He never pretended to be a nice guy. In his own words:

“I’m not some character out of a children’s story who plays harmless pranks and steals from the rich to give to the poor.”

At first he kind of reminded me of the Joker – very theatrical, and you kind of have to wonder if it’s all just for show. But the more you get to know him, the more you realize it’s just his way to hide his weaknesses in plain sight.

Kaz walks with a limp. And Bardugo managed to turn that into such an eccentric, unique feature, you just got to love it. His crow’s head cane and the way he’s learned to use it in a fight – just precious.

However, I wished his… Can we call it disability? It never really stopped him from doing anything. Anyway, I wished his limping actually made his endeavors a bit more challenging.

As for the rest of the crew – I loved them all. We’ve got some very distinctive characters, and their group dynamic was done pretty well.

Each of them was unique. Each was interesting in their own way. They all managed to make me emotional and to make me laugh. I felt the whole time like I knew them, and they still managed to surprise me every now and then.

There was also a little bit of romance going on there. Nothing insta, just lots of hinting. Some flirting. And the couples mostly made sense to me.

We get to learn each of their stories through a lot of flashbacks and just random pieces of memories. It bothered me at times how much learning about their backgrounds slowed down the story. I don’t think I would mind at all if it was just about one character, but six of them – there’s a lot of history there.

But at the same time, I really liked all of these characters and was happy to learn more about their backgrounds, motivations, hopes, worries and fears. Plus, all their stories were pretty interesting. So, it did bother me, but not as much as it normally would.

I especially loved the two girls in the crew very much. They were both beautiful and feminine (and in different ways), but they were also strong and fierce and real bad-asses.

They were never trying too hard to prove themselves or to be ‘one of the boys’. Yet, there was never a slightest doubt in my mind that they were absolutely irreplaceable parts of the team.

The characters’ ‘grayness’ was also done really well. Better than most other morally gray characters that I know of. These people were not afraid to be mean, selfish and ruthless. As much as I liked them, I was very much aware the whole time that these were not the kind of people I would want to find myself around.

Six of Crows is a classic heist story. You have a bunch of thieves. They live in a dark, ruthless, unforgiving world. Each of them has their own skill set, weaknesses and motives. Together, they are about to try and preform something that shouldn’t be possible.

This was a fun, exciting, greedy, immersing story I just couldn’t put down until the very end, and then I just wanted to reread the whole thing.

However, the heist itself – I’m a bit torn about it. I thought such a group of geniuses could had come up with better solutions for some of the obstacles. But an even bigger problem was that nothing really felt like a serious challenge, because they simply had magical solutions for several problems.

I’ve been changing my review of this book several times. I really wanted to give it 5 stars, and based on how much I enjoyed it – it’s almost there.

But the more I was thinking about it, the more things that were bothering me felt valid. And all things considered, I think 4 stars is a more realistic rating for this book – basically, not perfect but still all recommendations.

To say it ended up amongst my top 10 favorites – it would be a bit of a stretch. But, this book was so much fun. I’m sure it will stay with me for a long time. And I can totally see myself rereading it at some point.

In the meantime, I’m looking forward to reading Crooked Kingdom sometime soon and then maybe checking out that TV show everyone’s been buzzing about… 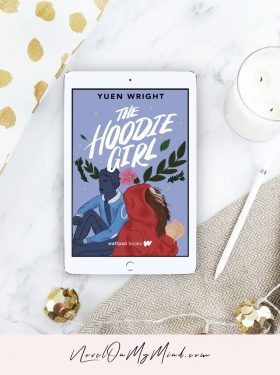 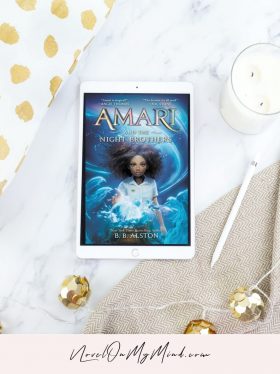 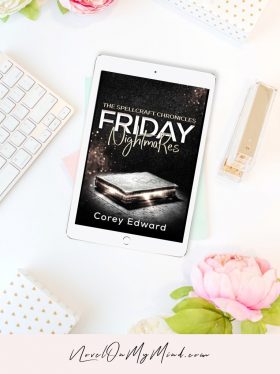