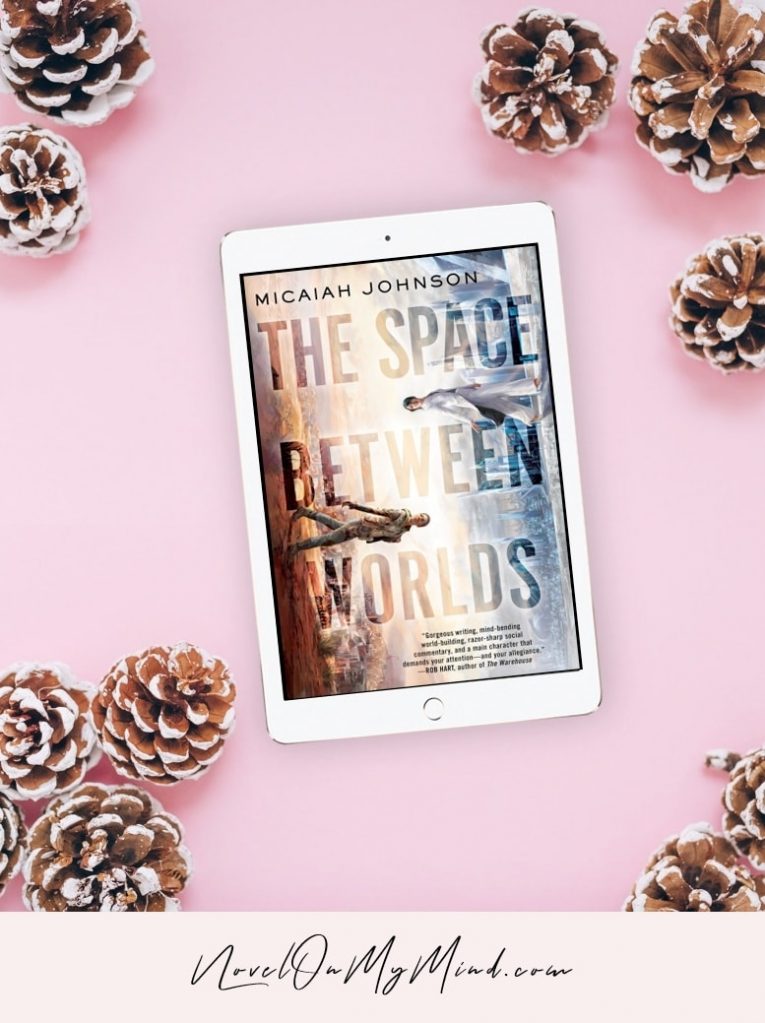 The Space Between Worlds by Micaiah Johnson – Book Details

TITLE – The Space Between Worlds

As such, she is working for Eldridge Institute, collecting data from other worlds. She is hoping to one day earn a permanent spot as a citizen in the wealthy, walled-off Wiley City.

But on one of her travels, she discovers secrets that question everything she thought she knew about multiverse and people in power. Now Cara has a choice – keep her position she’s been working hard to gain over the years. Or do the right thing and lose everything.

The Space Between Worlds by Micaiah Johnson – My Review

“Even worthless things can become valuable once they become rare.”

Is it just me, or was this book everywhere this past few months? I sure got it recommended a lot. And as it was pitched to me as a sci-fi with mystery/thriller elements, I was really looking forward to finally picking it up.

It ended up being a mixed bag for me.

The Space Between Worlds had an interesting, exciting premise. Some twists I saw coming, but there were also so many great surprises along the way.

The how of the science part was never really explained. I guess that was a bit weird considering this is a sci-fi, but I can’t say it really bothered me. The focus was on the characters and the plot, and I liked that.

Plus, it ended up touching on a few more serious topics, such as classism, endless human greed, as well as to what point we can justify all the things we are willing to do in the name of knowledge.

“Sometimes, focusing on survival is necessary. Sometimes, it is just an excuse for selfishness.”

I thought the writing was great – simple, quick, a bit snappy (in a good way) and to the point.

There wasn’t a lot of humor in this book, but the little that was there – it was really funny. And it was my kind of humor, which almost never happens. It totally made me crack up out loud several times.

The main character, Cara, felt to me both strong and incredibly vulnerable at the same time. But she was always passionate and driven, and I loved that about her. She was a survivor, with all the good, bad and ugly that goes with it. Very – human.

“I turn the idea over and wonder how long I’ve been letting my most wounded self make all of my decisions.”

I guess seeing different versions of herself and people she knew really made her question all those little truths we take for granted. Who we would be if the circumstances were just a little bit different. And what parts remain the same no matter what.

My favorite part about this book was a teeny tiny thing that was barely brushed on a few times, but it made me think a lot. It has to do with Cara’s ‘favorite’ version of herself and the reasons why she both loved and hated her.

There was also a bit of sapphic romance going on. Slow burn spiced with angst. It was definitely not a predominant part of the story, but I thought it was done pretty well.

“That’s me and Dell. We coexist, parallel but never touching, and if one of us goes too far, if I ever get too close, the Eridanus Void opens between us. We both withdraw and leave a cold darkness in the space where we almost touched that three suns couldn’t light.”

However, that’s where the positive part of my review of this book ends. All in all, it was all fine and interesting and pretty well written. But at the same time, I just couldn’t make myself care all that much. I didn’t get as invested in the story as I hoped I would. I don’t know why. But I just couldn’t click with this book.

The problem with multiverses is that when you have a plot that presents the events as one of the thousands of different possibilities, everything kind of loses the punch.

This book was a bit like a yo-yo for me. I’d read a part and think – well, this was not my thing at all. Then I’d read another chapter and think it was brilliant. In the end, the good parts outdid the weak ones. But not by much.

“I could become the thing I’d always feared, and then I might never be afraid of anything again.”

I’m not at all a fan of infodumping, but in many small occasions I’d appreciate more details upfront. It wasn’t too bad, I could still follow the story easily. But it made me feel excluded, kind of like when you’re not in on the joke.

But I’m talking mostly about the small thinks, though. The details and the world building.

The book was still very entertaining and easy to go through. So if you’d ask me if this book deserves a chance, I’d say heck yeah. But based on what I’ve heard about it before reading it, I was expecting a new favorite. And I most definitely didn’t get that.

None of the problems I had with this book was big or super obvious. But combined together, they prevented me from completely sinking into the story or fully connecting with the characters.

“Because that’s what a sister is: a piece of yourself you can finally love, because it’s in someone else.”

Another minor negative was that there were so many interesting, complex side characters, but they got very little space in the book. I wanted to see their arcs and learn so much more about them. But then again, I’m not sure I’d want this book to be 200 pages longer than it was.

But I just found out that this book might get what I assume would be a companion novel. The title will probably be Ashtown, and currently there are no many other details about it.

And to me, the question of whether I’d want to read more about a world/characters and just to read more by an author in general always put some things straight in my head and helps me with my rating.

But in this case, I just don’t know. I enjoyed this book enough but it didn’t truly hit me. I wouldn’t mind reading more, but at the same time I would be completely OK with not reading anything about this universe ever again. And I would definitely want to check out the reviews before my final decision.

So, there – take what you want from it. I can’t tell you if you should read this book or not, but I can tell you I’m glad that I did. Even if I forget all about it in a few months, I still enjoyed the ride while it lasted. 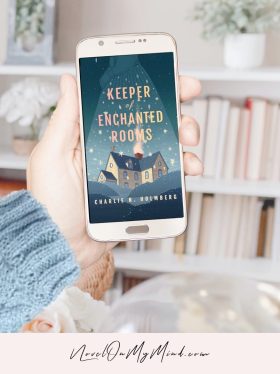