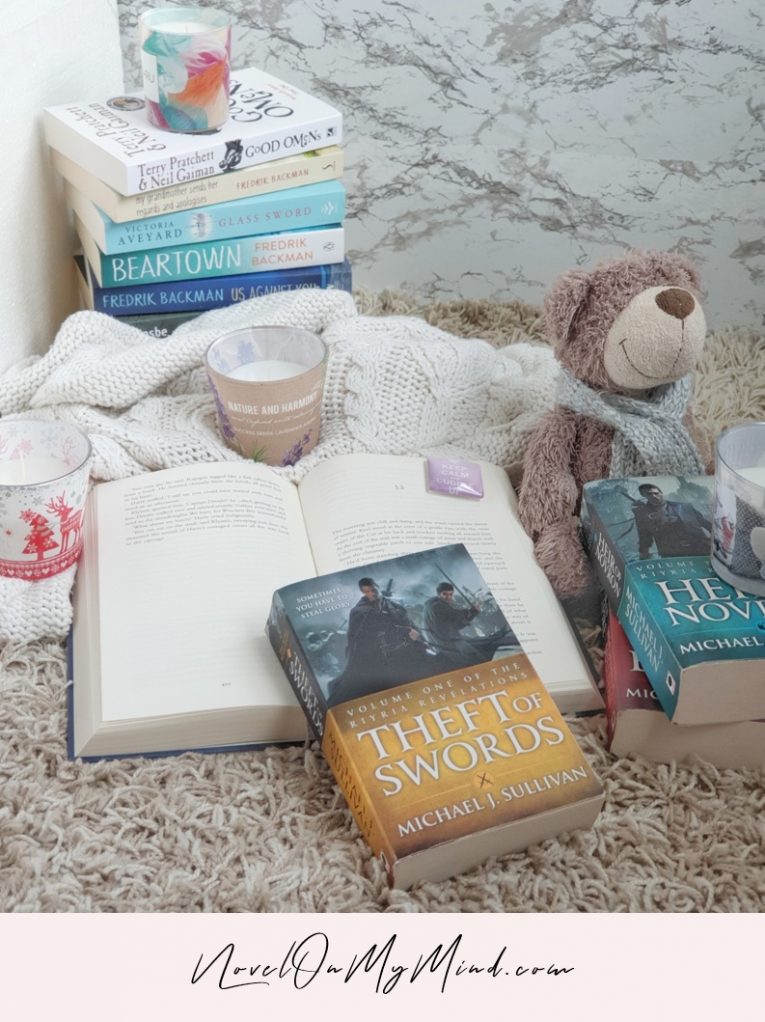 SERIES – The Riyria Revelations, books #1 and #2

You know how, if you are a lover of epic fantasy, you read a few in a row and grow tired of all the same patterns and tropes? So, you kind of still want the more of the genre, but something different, something more unique and unusual.

But then you read a few of those, and suddenly all you crave is a good old typical epic tale. Well, that kind of happened to me. I was craving so bad a classic medieval story full of distant kingdoms, lore, epic battles and heists, treachery, conspiracy, a bit of magic and all sorts of creatures.

So, I decided to start a new series – the one that’s been sitting on my bookshelf for a while now.

Michael J. Sullivan was a new name to me. If I understood correctly, his debut epic fantasy series, The Riyria Revelations, was originally indie published, but had gained so much love and attention, Orion later published it as paperbacks.

(Another reason why I picked up this book – I had a lot of luck lately with debuts. I read several and loved most of them. In fact, The Rage of Dragons, one of my favorite 2020 reads, was also originally indie published, then picked up by a traditional publisher.)

Anyways, when first published as eBooks, The Riyria Revelations had 6 instalments. But, Orion later published the series as 3 omnibus editions, each containing 2 of the original novels.

The first two books (The Crown Conspiracy and Avempartha) were published as the physical book #1 under the name Theft of Swords.

“Alric looked up at the thief with a scowl. “I just want to say for the record that as far as royal protectors go, you’re not very good.”
“It’s my first day,” Royce replied dryly.
“And already I’m trapped in a timeless prison. I shudder to think what might have happened if you had a whole week.”

Royce Melborn and Hadrian Blackwater are a team, a pair of ‘freelance thieves’, at disposal to anyone who can afford their services. The plot events in The Riyria Revelations are all happening under an arc of a religious/political event that may change the whole world if it happens. However, each book also has its own storyline and those are pretty independent from one another (though you should still read them in order).

In book #1 (The Crown Conspiracy), Royce and Hadrian get a simple, well paid task to steal a sword from a chapel in the Royal Palace. But they are about to find out that things sounded too good to be true because they were. They end up framed for a murder. In order to save their lives, they have to take another job that may turn out to be even more life threatening than if they’d just stayed captive.

Book #2, Avempartha – a horrible, vicious and practically invincible creature is attacking humble people who live in a small village near the border between human and elven worlds. The only way for this monster to be murdered is with a sword hidden in an elven tower set atop a great waterfall on the Nidwalden River. But not only does getting to this tower present a challenge even for Royce’s impressive skills, but the Nyphron Church’s latest venture might complicate things even further.

Theft of Swords by Michael J. Sullivan – My Review

Sullivan was definitely not afraid of using good old hundred-times-used-before tropes. Which may sound like a bad thing, but it actually felt good overall.

I loved seeing so many things I loved all gathered in one place. It kind of felt like a story I already knew, but more in a comforting, familiar way. Instead of feeling like repeating the same old thing for the zillionth time, Theft of Swords was more like a tribute to all the things we loved about good old classic epic fantasy.

Theft of Swords tells a big, complex epic tale, but in a light, easy to follow manner. The prose – my preferred style. Very simple, very easy to follow. Kind of at odds with the genre, bit it worked out quite well.

Compared to grimdark stuff, this book is definitely vanilla. But, who’s all the time in the mood for gruesome, gory tales? We need this kind of stuff in our reading lives too, right? Most of the contemporary epic fantasy is very dark and depressing. And this is a great option for someone who wants to avoid that.

I am gonna say though – this book occasionally sounded very naive and a bit too convenient. And there were a few instances where I wished things had been done a bit better.

The endings felt safe. Low stakes, not for a second was I worried about the main characters. It was still fun, though. Imaginative. Kind of fairytale-like. Just, you know- if you prefer high stakes stories, this one probably won’t work for you.

“His Majesty is in a state meeting. He’s requested that he not be disturbed.”
“The man is already disturbed. I’m just here to beat some sense into his feeble little brain.”

The good thing is, even though the plot – well, you could kind of see where it was going the whole time, Sullivan still managed to surprise me once or twice. A few character arcs were done pretty well and I’m still not quite sure if I should trust some of these people.

The complete lore of this world we get told by a character who is so endearing, charismatic, sweet, charming and innocent, he was (at least to me) a delight to listen to. It all felt more like listening stories and legends around a campfire. Did not feel at all like an info dump, yet it told us everything we needed to know.

Though religion and political intrigues have an important place in this series, the accent was definitely on characters and adventure. I’m guessing that’s going to change a bit as the story progresses, but for now they are really more focused on solving one problem at the time.

“It was a trap after all,” Alric said. He turned to Royce. “My apologies for doubting your sound paranoia.”

Of course, the friendship between Royce and Hadrian is the most precious part of this story. You just have to love their dynamic, the way the influence each other and expend each other’s comfort zones.

The author managed to establish from the very beginning just who this pair of punks were and why it would be better not to mess with them. Each of them has his own strengths and weaknesses. Each brings something to the table and together they make a perfect match.

Their chemistry is undeniable. They are more than business partners – they are real friends and not for a second do you doubt that they care about each other very much.

Even the name of their group, Riyria, stands for two or a pair in Elvish.

“Look at the swords he’s carrying. A man wearing one—maybe he knows how to use it, maybe not. A man carries two—he probably don’t know nothing about swords, but he wants you to think he does. But a man carrying three swords—that’s a lot of weight. No one’s gonna haul that much steel around unless he makes a living using them.”

Hadrian, even though a criminal, is one of those nice, heart-of-gold characters. He loves people and really just wants to help everyone.

Royce is a much grumpier, moodier guy. He doesn’t love people, but he loves Hadrian. Which is why he agrees to gigs and projects he wouldn’t normally accept. And when things go wrong, they often become a cause for the I told you so banters that were just so fun and endearing.

However, this book felt to me more like watching a TV series than reading a book. Mostly because we get to see what we would see on the screen, but what’s going on in their heads – not so much.

And trust me, I am not a fan of long internal monologues or characters overthinking every single thing. But, as it was, I couldn’t quite connect with Royce and Hadrian as much as I wanted to. I liked them, but I didn’t really feel like I knew them.

Of course, that might completely change as I progress with the series.

I also just want to mention that, even though I enjoyed enough the book #1, it was more around 3 stars for me. The second book showed some noticeable improvement, so I’m really hopping the trend will continue with the next instalments… 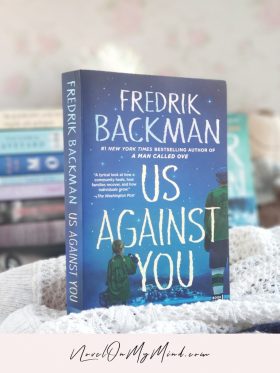 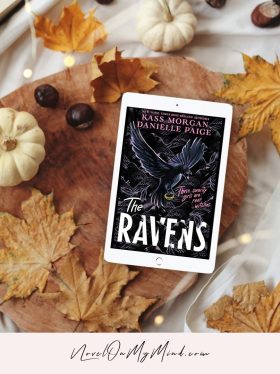