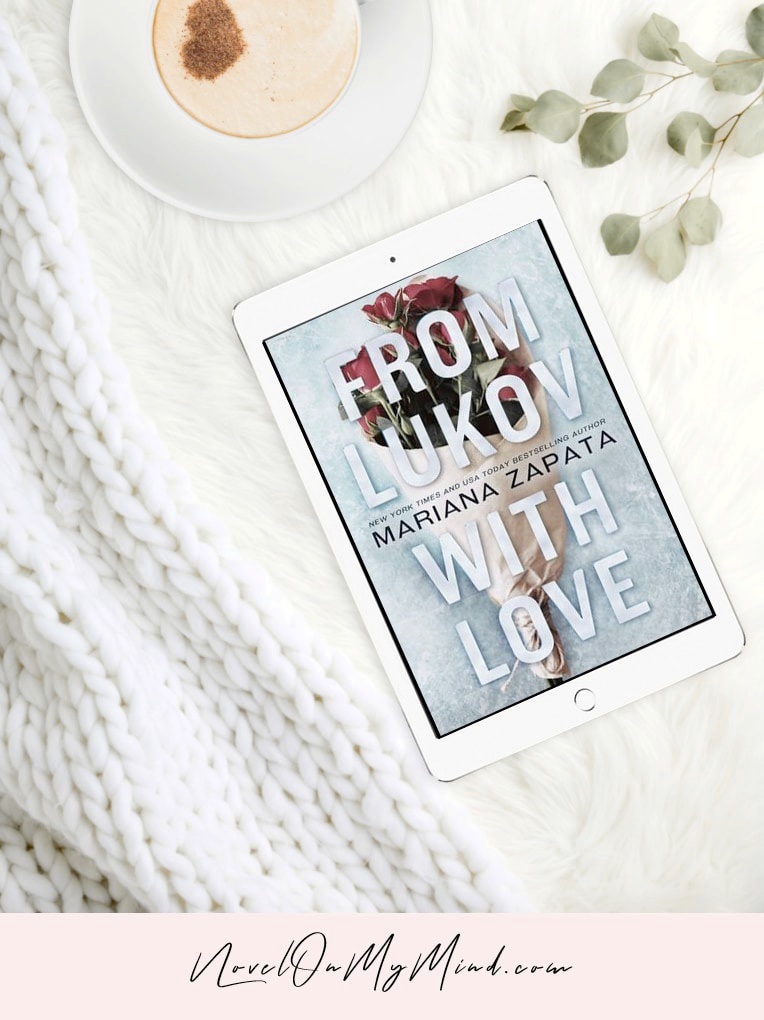 From Lukov with Love by Mariana Zapata – Book Details

TITLE – From Lukov with Love

I can’t believe I didn’t pick up this book before. It’s been sitting on my shelf for around four months, which is too long for a Mariana Zapata book for my standards.

Mariana Zapata is one of my favorite contemporary romance writers. I always click with her stories and more importantly – her characters. I especially loved her sport romances, which is a bit odd because I am not even all that much into sports.

Her books are my version of feel-good books. They soothe me for some reason and always make me feel better. That is why I especially like to pick them up during stressful periods – not many things can help me relax like her books can.

In fact, I’ve heard some people say Zapata’s books help when their anxiety kicks in.

And these books seem to lose none of their magic on rereads. In fact, several of her books, and The Wall of Winnipeg and Me especially, are amongst the books I reread most often. And I often end up liking her books even more the second or third time around and I almost always increase my rating.

As all her other books, at least from what I’ve read so far, From Lukov with Love is also a companion. Meaning, they are not sequels and you absolutely don’t need to read them in any particular order. But you will occasionally run into characters from her other novels. For example, in From Lukov with Love, Jasmine’s sister Ruby is the main female character from Dear Aaron. 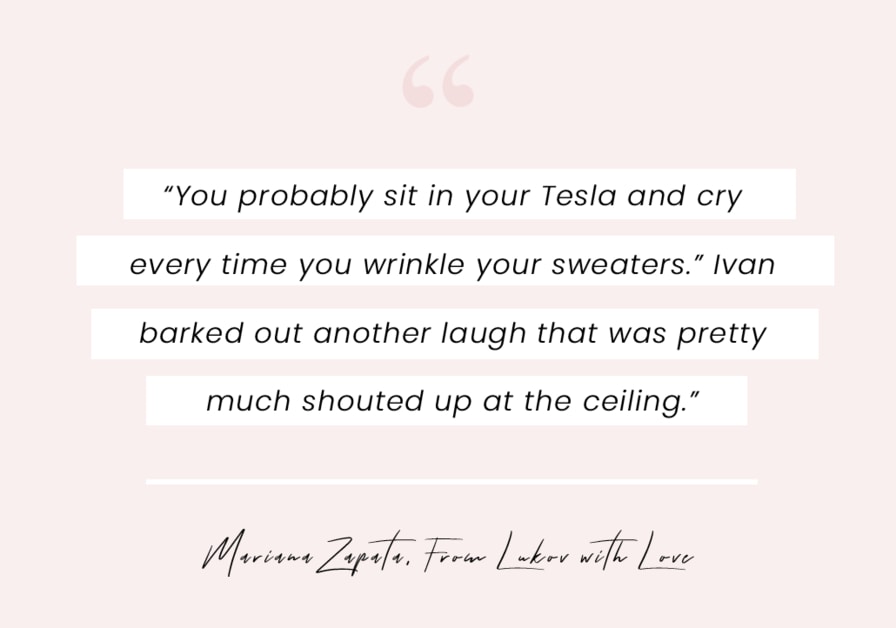 From Lukov with Love is a kind of sort of hate-to-friends-to-lovers slow burn contemporary romance. It follows two talented figure skaters, Jasmine Santos and Ivan Lukov, who, after years of bantering finally decide to join forces and become partners in pair skating.

Jasmine has a few rough, very unsuccessful years behind her. She would give everything for just one more chance to compete and prove herself on the ice.

But when the arrogant asshole she loves to hate offers her a partnership, she needs to consider if he may have a hidden agenda. Or is there more to Ivan Lukov than what meets the eye.

From Lukov with Love by Mariana Zapata – My Review

As I already mentioned, Mariana Zapata is one of my favorite romance authors and I enjoy her stories very much.

However, all her books so far I listened as audiobooks. And Callie Dalton, the narrator, did an amazing job, at least for my taste.

From Lukov with Love is Zapata’s first book I physically read. And for the first time I experienced just how long her sentences can get :-). The book also felt slower to me, although it objectively wasn’t any slower than the other books.

I know many people complain that Zapata’s books are too long and too slow for them. I usually strongly disagree, but this was the first time I thought they may have a point.

Don’t get me wrong – it took me about two chapters to get used to it and to stop noticing the difference all that much. All I’m saying is – if you have a chance to listen From Lukov with Love on audio, listen to it on audio.

Anyways, From Lukov with Love is what I’d call a typical Mariana Zapata book. All her stories follow a pattern that is hard to miss.

First, even though her books often end up categorized as enemies to lovers, I’m not sure that’s where they truly belong. Sure, there’s always some angst and/or resentment going on, but I feel like calling them enemies is a bit too much.

Anyways, for one reason or another, the two main characters end up having to spend a lot of time near each other. And after 500 or so pages of bumping heads, snarky banter and slow-developing attachment… Well, these books are romances.

And then, there’s usually a single elaborate sex scene towards the end.

From Lukov with Love also followed this pattern very closely. And for the first time, I felt like that bothered me a bit. With all her other books I read, I would just think – well, here’s Mariana Zapata I know and love. And now, for the first time, I was like – yeah, OK, but I’ve heard this story 5 or 6 times before.

But a bigger problem I had with this book was that I just couldn’t see any romantic feelings between Jasmine and Lukov. Like – not a single spark.

Maybe because of the ease with which they were around each other naked. Or maybe because usually Zapata’s characters, though having one or two things in common, practically work on “opposites attract” model. And these two were too similar.

There was just no chemistry between them.

As friends – sure. They started as “enemies” and in time developed this really nice, deep, strong connection.

I just couldn’t see it, not even for a second.

But I still enjoyed this book. I loved the characters, their devotion and commitment to what they love. And I loved the angst and the banter. They were both so stubborn, bossy, strong-willed and argumentative, it was hilarious. I just couldn’t wait to see whose head is gonna pop first.

Jasmine’s character growth was pretty impressive. I loved how she actively worked on being a better person.

And when we finally got to know Ivan better – I didn’t see it coming and that part totally got me swooning.

It’s just that – I don’t think I even see this book as a romance. Apart from the very end, I just saw them as friends. And I was fine with that. I’m just not sure I’d recommend it to someone who’s looking for a romance specifically.

Also, a lot of people complain because Zapata doesn’t include much of the sport in her sport romances. Which is something I more feel I should mention than it actually bothered me.

But in this book, I wish we got to see at least something of that choreography. Because the choice of music and the theme sounded really interesting, but we don’t really get to see practically any of that.

From Lukov with Love didn’t end up amongst my favorites by Mariana Zapata, but I still enjoyed it. Partially because- again, it was very soothing and relaxing. And partially because I really loved the characters.

That’s one thing about her books I really, really love – all her characters, especially female, make me wanna be like them. More hard working. More driven. Just to – try harder, I guess.

And that’s more than I usually get from a book. Especially from a romance.

So, unless you are dead set on a swoony, heart melting, sweep-you-off-your-feet, over-the-moon-in-love kind of romance, why not give this one a try? Hope you’ll end up enjoying it just as much as I did… 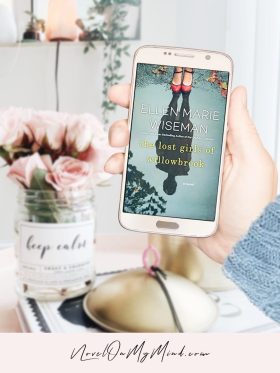 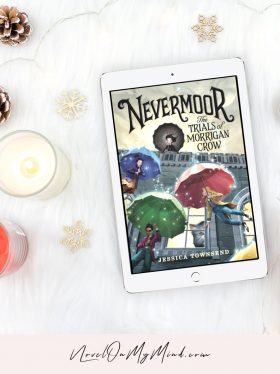 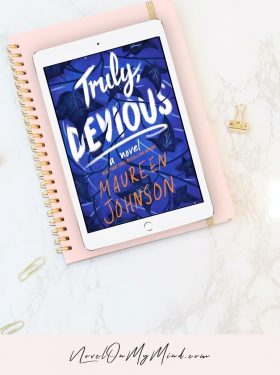