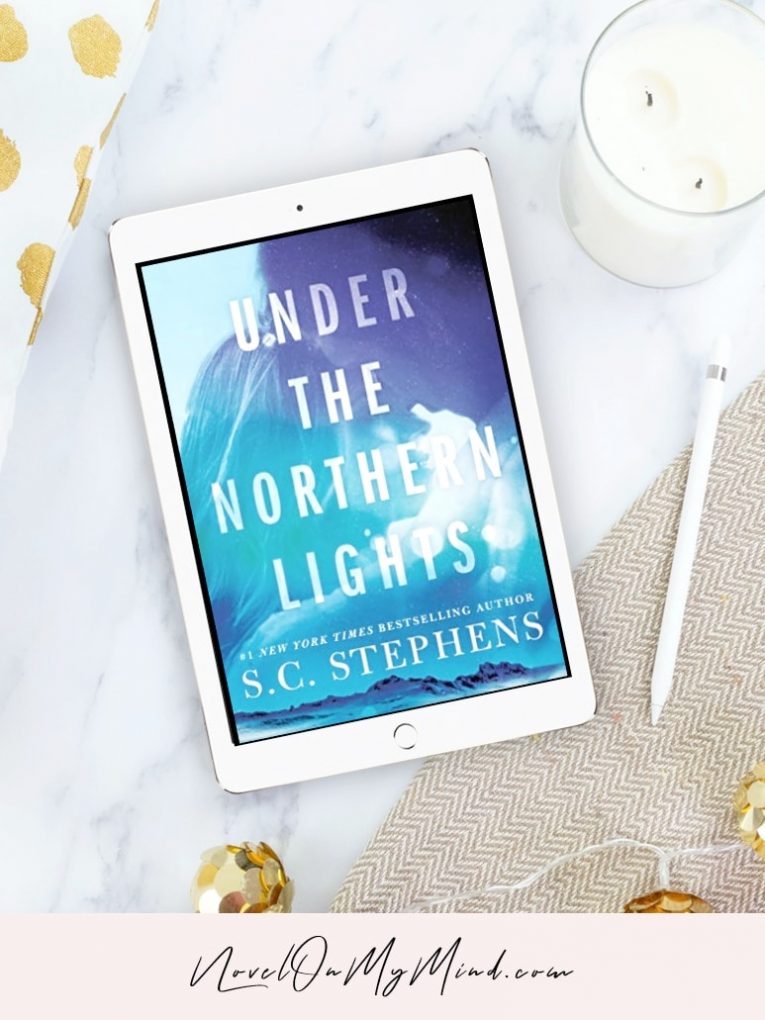 Under the Northern Lights by S.C. Stephens – Book Details

TITLE – Under the Northern Lights

I have a complicated relationship with S.C. Stephens’s books, to say the least.

Her contemporary romance Thoughtless is one of the rare books I reread several times. And there were many things I liked about it. But the things that were bad – they were really bad.

And her only other novel I’ve read was Collision Course. I read it a long time ago, so I can’t quite remember everything. I’m pretty sure I liked it overall. However, one of the tropes I’m trying to avoid played a big part in it.

I was tempted to give her another chance with her novel Something Like Perfect. But then I read the blurb and it is about a girl who falls in love with her sister’s boyfriend, which is a big no-no for me.

After that, I really thought I was done with her books.

But the thing is – S.C. Stephens is one of the few authors with whose writing style I really clicked. It’s not lyrical or anything like that, it just flows very naturally. There’s something about it that goes straight into my heart.

I mean, I don’t even like long inner monologues and characters overthinking everything, but in her books it really, really worked. For me, you know.

Even though her stories were the heart wrenching type I left behind me years ago, I missed that writing. I missed the raw, uncontrollable, all-consuming emotion that always felt so real to me.

Two years ago, S.C. Stephens published another standalone novel Under the Northern Lights. I read the description and there was nothing triggering about it, so I decided to give it a chance… 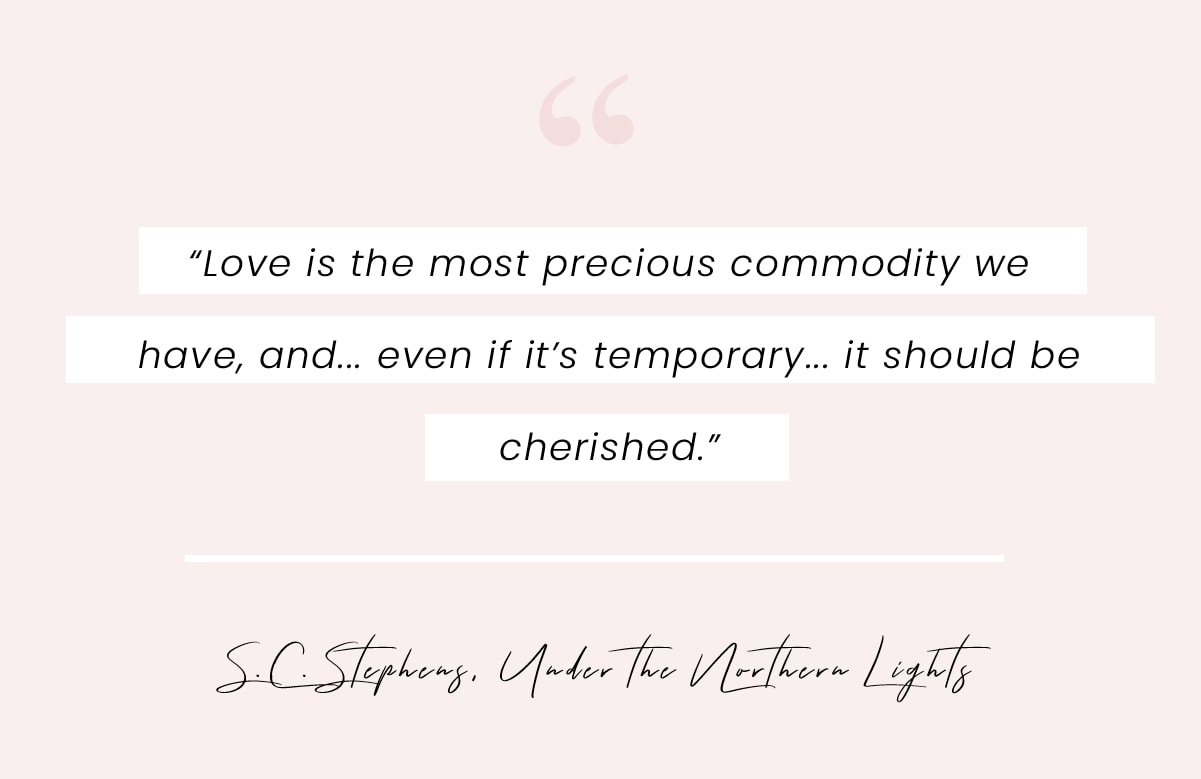 Mallory Reynolds is a photographer whose passion for photographing wild animals in remote locations has no limit. But this year, during her annual trip to Alaska, she ends up with her plane crashing in the middle of nowhere.

All alone, seriously hurt and at the mercy of the animals she came to photograph, Mallory is sure she will not make it out of it alive. But then, a mysterious mountain man shows up, saves her life and takes her to his isolated cabin.

Now these two strangers are stuck with each other until spring. And as the bond begins to form between the two, Mallory will have to ask herself just how smart it is let yourself fall in love with someone who seems to be done with the world…

Under the Northern Lights by S.C. Stephens – My Review

Under the Northern Lights in many ways ended up being your typical survival/wilderness romance. What you imagine this type of story might look like is what you get – almost.

I liked Mallory for the most part. Loved that she was this fierce, independent woman who can pilot a small plane and spend a week in the middle of wilderness on her own.

Loved that she loved animals.

I also got so excited when I heard she was a photographer, since photography is a passion of mine, even though I’m an amateur. Sadly, we didn’t get even a single scene, not one photo taken in the entire book.

And then Michael – he was just this really nice guy with a really heavy past. Of course, the way he decided to deal with things was not exactly ideal, but hearing what happened to him at least helped me understand.

Plus, he was kind of hot. I have developed a thing lately for guys with beards. And this one was also strong, handy, caring mountain man – what’s there not to like?

Their romance came out a bit weird, though.

I usually love slow building romances, but this one was not exactly that. They were kind of attracted to each other the whole time, it just took the guy ages to actually cave.

I mean, I know he had his reasons. And I get it, it’s tough. Brutal. Heart wreaking. Defeating. But in this case, he clearly did start to develop feelings for Mallory. It just took him a moment too long to acknowledge that.

I still liked that they were spending a lot of time around each other, just getting to know each other. But, at the same time the whole thing was very repetitive and got annoying at times.

The constant going back and forward also made the intimate instances kind of weird. Steamy scenes can be cringy to me even in the best case. But these had an extra awkward layer to them.

Even though there were only 2-ish sex scenes, things kind of gradually progressed to those moments. And… I don’t know, man. The building up was just weird more than anything else.

Other than that, I didn’t really have any other complaints. It was nothing spectacular, but it was still a pretty good story. There were a lot of sweet, tender moments. And I often find myself in the mood for something exactly like that.

Under the Northern Lights is one of those books that feel more soothing than exciting. Which is not a bad thing – it can be a perfect read for when you feel stressed out or around a time when you have a lot going on in your life.

Sure, there were some moments that were – trilling, shall we say. But for the most part – it was just this cabin in the middle of Alaskan wilderness. No phones, no emails, no work, no TV, no makeup, no traffic noise… Just these two nice people trying to make things easier for one another, while the snow slowly settles down.

There was something about the silence and a bit different version of mundane everyday activities. Like chopping woods. Or having to go outside to get to the food stacks. Going to the frozen river for water. Sleeping on a couch in front of a crackling fire. Or even just playing board games to pass the time. Simple life.

It all really felt very calming and restoring.

Under the Northern Lights didn’t have any tough, heart wreaking moments, but it also didn’t have the intensity of Thoughtless. Guess the two go hand in hand, ha?

There was nothing wrong with this book, but there was also nothing particularly thrilling. I had a really nice time reading it. I just don’t think it will stick with me for very long. 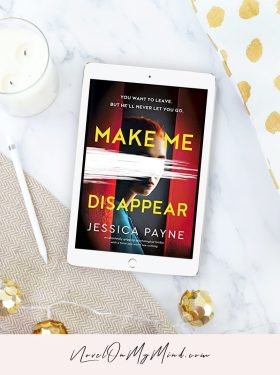 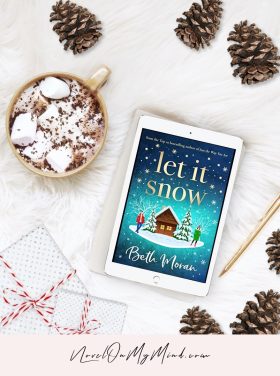 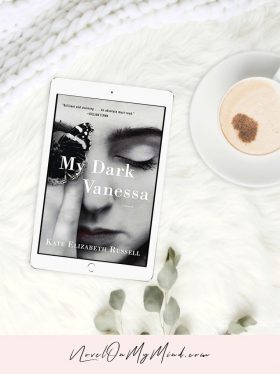